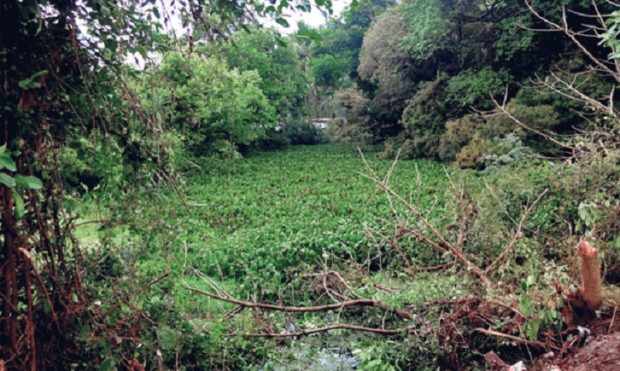 Thekkatte: The village here has 42 lakes but still the villagers face a shortage of water.

Water from only 10 lakes are used by the villagers and the remaining lakes have lost their original shape.

Because of the inability of the soils here to hold rainwater, the lakes have been a refuge for farmers. The lakes would fill with groundwater during the rainy season.

However, over the course of time, the lakes were neglected, and without maintenance, the groundwater level lowered. This resulted in the lakes being encroached or becoming a site for garbage disposal.

Most of the homes in the village have wells. Water in them is sufficient for the households. Hence, no steps were taken to improve groundwater level which causes the water level to drop in March.

“Due to excessive manipulation of the environment by humans, there are fears that the all-weather groundwater levels in villages will fall further. In order to protect the lakes, the gram panchayat has to repair the lakes under the National Rural Employment Guarantee Scheme,” said social worker Satish Kumar Thekkatte.

“To alleviate water scarcity, rainwater harvesting and conservation of groundwater and lakes must be done. We have made a significant decision to revive the ancient lakes under the NREGA scheme, including the village’s major lake – the Jain Lake,” said Panchayat Development Officer of Thekkatte gram panchayat Sunil.

62% of designated beneficiaries vaccinated on day one in Karnataka
India fight back through Washington and Thakur, concede 33-run lead