Triple talaq debate divides women and men in western UP Muzaffarnagar/Meerut (UP): The issue of triple talaq is trapped in the gender binary that divides conservative Muslim society across western Uttar Pradesh, with many women giving the government a thumb’s up for its efforts to criminalise the practice but shying away from voting for the BJP because of loyalty to their husbands.

The she-says-maybe-he-says-nay syndrome may hinder the BJP from winning Muslim votes in the western Uttar Pradesh belt that goes to the polls in the first phase on April 11 as most men in the community say they don’t want the government to interfere in their religion.

Kaisar Jahan, a homemaker in Muzaffarnagar, typifies the dilemma of a woman caught between self-assertion and tradition that dictates she bows down to her husband.

Triple talaq is an atrocity which should definitely be criminalised. I like BJP for thinking about us, said the mother of a six-year-old boy.

She quickly added that she will not vote for the BJP as her husband does not want it to win.

I will vote where my husband wants me to. He does not want BJP, so I will not vote for it, Kaisar told PTI while standing outside a shop.

Don’t interfere in our religion. Keep politics out of it, snapped her husband Aslam who came and took her away.

The pattern was visible in Kairana, Muzaffarnagar, Meerut and Baghpat, which votes in phase one along with Saharanpur, Bijnor, Ghaziabad and Gautam Budh Nagar.

Rabia, 35, resident of Kairana, said, “Triple talaq is a wrong practice but we are not for the BJP. We will vote for anyone fielded by Akhilesh ji (SP chief Akhilesh Yadav) as my husband says.”

About 35 per cent of the more than 1.5 crore voting in round one are Muslims, said J P S Rathore, vice president of the Uttar Pradesh unit of the BJP.

Most Muslim women in the region hailed Prime Minister Narendra Modi for bringing triple talaq under the spotlight, saying it was a step towards empowering Muslim women.

Triple talaq, also known as ‘talaq-e-biddat’, is the practice of instant divorce in which a Muslim man can legally divorce his wife by pronouncing ‘talaq’ three times in one go.

My husband divorced me and married another woman. I had no choice but to accept the decision. I live with my four-year-old son now. Triple talaq is a heinous practice. Don’t we Muslim women have rights? asked Farzana, a resident of Muzaffarnagar.

Her outrage found echo in the small town of Kairana nearby.  Saba was divorced by her husband through triple talaq and is now living with her maternal family.

“My husband divorced me within two years of our marriage. I was just 18. We do not have any rights. I am illiterate may be that’s why I could not fight. Luckily I did not have a child to look after. Triple talaq is a crime and men should not be allowed to do it,” said an anguished Saba.

While most of the women supported criminalising triple talaq, there were also women who felt their Allah would take care of everything and the government was trying to get in the way.

23-year-old Faiza, a resident of Baghpat who got married a year ago, and feels triple talaq is a personal matter which no political party should interfere in.

In a landmark verdict, the apex court in August 2017 set aside the 1,400-year-old practice on several grounds, including that it was against the basic tenets of the Quran and violated the Shariat.

The government issued a triple talaq ordinance in September 2018, making the practice a penal offence for Muslim men.

Most Muslim men blame the BJP for polarisation of society and for interfering in Islam.

If at all the government wants to do anything for Muslims, it should be to not incite violence, said many of the men.

According to Faisal Khan, who runs a cigarette shop in Meerut, the Modi government made a calculated political move to win Muslim votes but it would not turn out that way.

Triple talaq is in our Islam. Who are they to interfere? We can take care of our women and don’t need the government for it. We will not let BJP win again, Khan said.

Mohammad Aamir Arshad, 30, a truck driver with a transport company in Kairana, agreed with him.

All these years, the BJP polarised Hindus and Muslims. Now they are trying to divide men and women in Islam. They are showing that it is a very positive step but in fact it’s only an interference in our religion, Arshad said.

Standing with him were five other Muslim men who voiced the same opinion.

In Baghpat, a Muslim doctor added that religion is a private affair and the government has no role to play in it.

There are bigger issues to look at. Why are they getting into our personal issues. Our women are our responsibility. We will see what has to be done, said Asad, a general physician.

In 2014, all eight seats went to the BJP. There was a bypoll held in Kairana subsequently that went to the RLD. 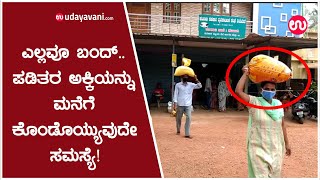