Bruce (Australia): Seven in ten people aged 16 and over will need to be fully vaccinated for COVID restrictions to begin to be eased, under targets agreed in principle by national cabinet on Friday.

Further relaxation and opening beyond that, including a near end to lockdowns, will require 80% of those eligible to have had two doses.

At present the proportion of people 16 and over fully vaccinated is 18.24%, while nearly 40% have had a single dose.

Each targets is dual – it must be met at both the national level and in the particular state or territory. Scott Morrison described it as a “two key process”.

Announcing the targets on Friday night, Morrison said no timeline has been attached to them.

But he believed the 70% target could be reached by the end of the year.

“There will certainly be the supply and the distribution and the opportunity to do that. But whether that is achieved is up to all of us.”

The long-awaited numbers have been attached to the four-phase re-opening plan previously endorsed in principle by the national cabinet.

In the current phase, the objective is to suppress COVID, including by tough lockdowns.

In this phase, lockdowns would still be possible but less likely.

Restrictions would be eased on vaccinated residents. Morrison said this was “because if you’re vaccinated, you present less of a public health risk.

The third “consolidation” phase – triggered by the 80% threshold – would have only highly targeted lockdowns, such as for vulnerable communities, and would exempt vaccinated residents from all domestic restrictions.

In the final phase, COVID would be treated like other infectious diseases.

The targets follow modelling from the Doherty Institute and work by Treasury.

They come as the latest tally of cases in Sydney, where the lockdown has been extended by one month, was 170 new community cases.

Amid calls for the NSW government to impose an even tougher lockdown, Morrison said it had been agreed “under this plan, no state or territory is required to increase the restrictions beyond where they are right now.”

Morrison said in the suppression phase, “going hard early” with lockdowns “ultimately results in less cost on the economy”.

But in phase B “then the calculus does change and lockdowns do cost a lot”.

After the announcement crossbench MP Craig Kelly, who was formerly in the Liberal party, lashed out on Twitter, claiming constitutional freedoms were being violated and declaring “WE MUST FIGHT THIS”. 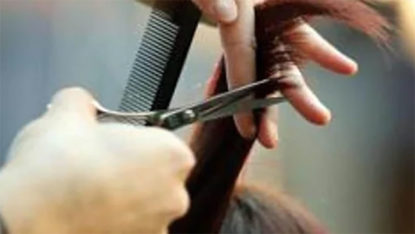