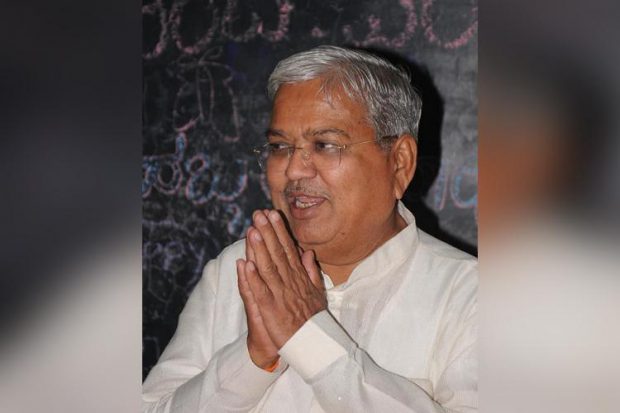 Bengaluru: The Karnataka Congress on Wednesday, November 27 complained to the Election Commission, accusing deputy chief minister Govind Karjol of distributing cash to voters through party workers to woo them to vote in favour of a BJP candidate during the December 5 bypolls.

According to the complaint, Karjol, who is in-charge of 03-Athani assembly constituency, on behalf of BJP, has distributed cash to voters on November 26, to woo them and to vote in favour of BJP candidate Mahesh Kumathalli.

The complaint was submitted to the EC through the office of the Chief Electoral Officer, Karnataka.

It said “At Kumathalli’s residence Karjol has been videographed distributing money to workers and this was widely telecast in the media.

The party termed his act as a clear violation of Indian Penal Code Section 171(C) (undue influence at elections) and Section 123(1) (A) (bribery) of the Representation of the People Act and also a violation of the Model Code of Conduct.

We request you to initiate action against Karjol… to uphold the laws of the land and in the interest of free and fair elections.

A video clip of Karjol purportedly giving cash to a party worker at Athani was widely circulated on social media on Tuesday.

Among the 15 constituencies going to bypolls, 12 were held by the Congress and 3 by JD(S), whose coalition government collapsed due to rebellion by the disqualified MLAs.

With winning majority seats crucial for the government’s survival, the BJP has fielded 13 of the 16 disqualified legislators who joined the party as its candidates from their respective constituencies.