This cannot stop our work: Brinda Karat on threat letter 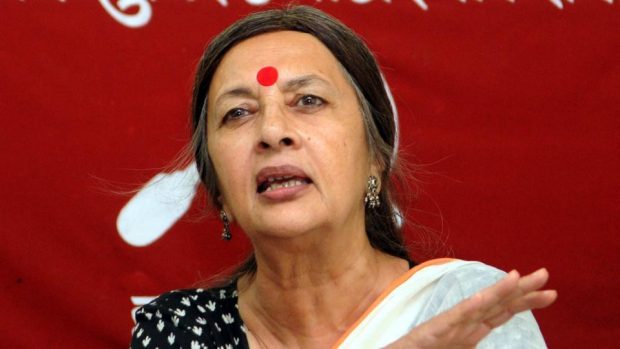 Belagavi/New Delhi: CPI(M) leader Brinda Karat, who has been named in an unsigned letter sent to noted actor Prakash Raj and 13 others threatening to “eliminate” them, called the group which had sent it “cowards” and said this will not stop their work.

Raj, who shared the letter on Twitter, said it was from a group of “cowards” and quoted Faiz’s iconic poem “Hum Dekhenge”.

The letter is addressed to Nijagunanada Swami, a prominent critic of the Sangh Parivar, and mentions 14 others, including Karat, Raj and former Karnataka chief minister H D Kumaraswamy.

The threat letter was reportedly posted to the Seer’s ashram in Belagavi.

The letter, which is in Kannada, reads, “Muhurtham for the ‘samhara’ (elimination) of you and the ‘dharmadrohis’ & ‘deshadrohis’ with you, has been fixed from 2020, January 29. Be prepared for your last journey, Nijagunanada Swamiji (you are not alone). See below. You have to prepare them also for the last journey. Preach them.”

The letter then lists others and ends with “we will definitely eliminate all of you”.